Experience the American Journey through our country's visual heritage in this historical recording provided by the National Archives of the United States. Technology documentary hosted by Jack Webb, published by National Archives in 1962 - English narration.Jan. 01, 196227 Min.
Your rating: 0
5 1 vote
DocumentaryHistory
We are not responsible for any of the Video. We are just scraping and Indexing them. If you want them removed Contact the Hosting where they are Hosted for a permenant Solution. HAVE A NICE DAY

The X-15 was the last in a line of manned rocket-powered research airplanes built during the 1950s to explore ever-faster and higher flight regimes. Nineteen years before Space Shuttle, the X-15 showed it was possible to fly into, and out of, space. Launched from the wing of a modified B-52 bomber, the ship rocketed higher and faster than any manned aircraft of the time. There had never been anything like the X-15; it had a million-horsepower engine and could fly twice as fast as a rifle bullet. In the joint X-15 hypersonic research program that NASA conducted with the Air Force, the Navy, and North American Aviation the aircraft flew over a period of nearly 10 years and set unofficial speed and altitude records, in a program to investigate all aspects of piloted hypersonic flight. Information gained from the highly successful X-15 program contributed to the development of the Mercury, Gemini, and Apollo piloted spaceflight programs as well as the Space Shuttle program.
Original title Research Project X-15 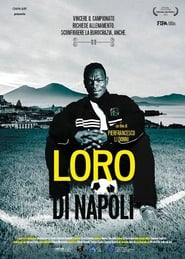